15 Self-Improvement Movies that Will Inspire You 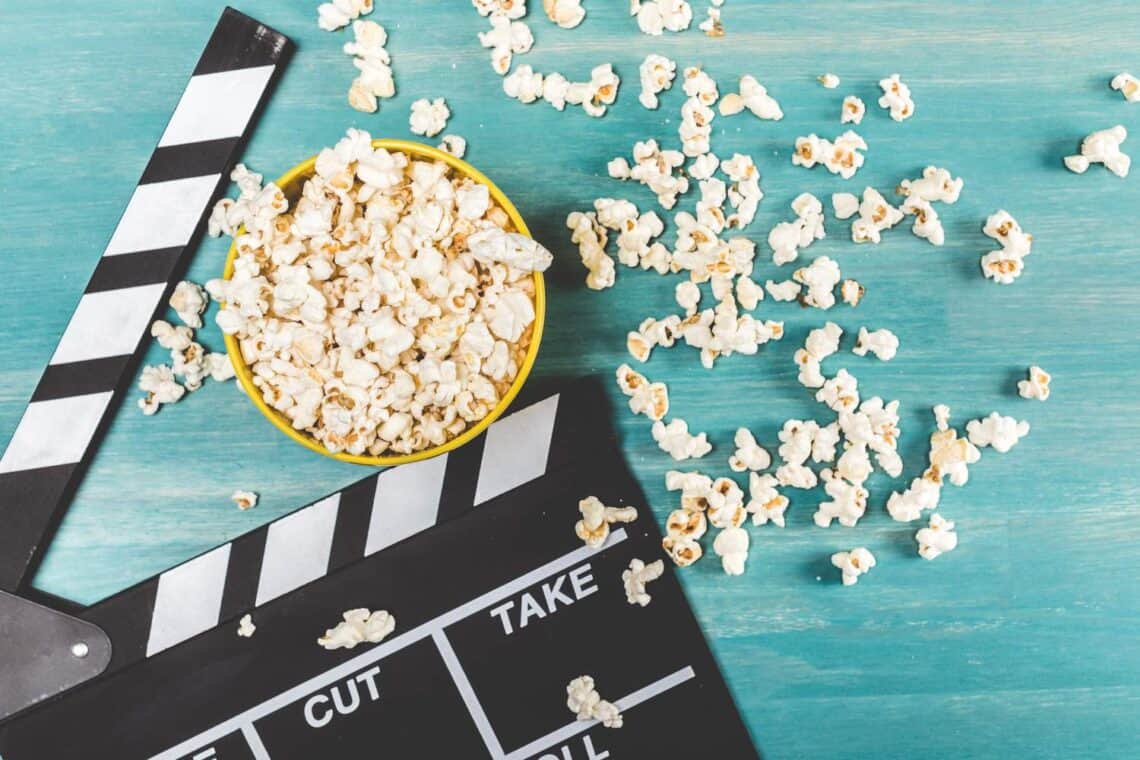 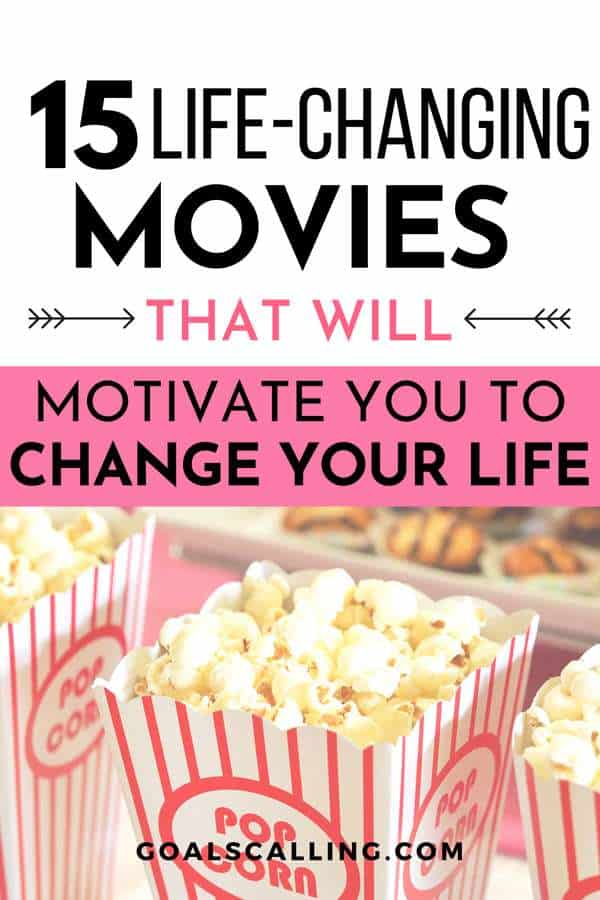 Watching self-improvement movies is one of the best ways to inspire yourself to take action and go after your goals. Success comes down to what you do, but the very first step you take can be watching a great film.

I have created this list of 15 motivational movies so that you don’t have to waste any time wondering what you should watch. These movies are guaranteed to make you feel like there’s nothing that can stop you and that you can just as well jump into the unknown and make your dreams come true, because you can.

Go through this list and choose a few movies to watch. I tried to pick films that aren’t too serious and that will make you feel good and inspired.

Forrest Gump is one of those classics that you will never forget. Gump himself doesn’t have big aspirations for life, but he doesn’t shy away from new adventures that keep showing up.

Forrest Gump shows you that you can always improve yourself, even if you don’t seem to fit in with the others at first. Dare to take chances and never say no to an adventure.

This is a powerful film that encourages you to work hard on your goal and believe in your own projects. If you have an idea or you want to start your own company, this is the film to watch. It will inspire you to work hard, take chances and do what it takes to reach your goal.

Andy is an aspiring journalist who has no interest in fashion. Yet still, she lands a job at a fashion magazine that most young journalists would kill for. The job turns out to be extremely demanding and at times humiliating for Andy. Despite almost quitting, she rises to the occasion and shows us all that first impressions aren’t necessarily the whole truth.

This movie will inspire you to work hard and believe in yourself even if the task at hand seems impossible.

Probably all millennial women out there have seen this classic, but in case you haven’t, now is the time! Elle Woods proves that it doesn’t matter what people think about you or whether they even take you seriously. It’s your belief in yourself and your determination that matter.

If you have big dreams, don’t be afraid to go after them. Create a plan and then don’t stop until you’ve achieved your dream.

Erin Brockovich is an unemployed single mother who becomes a legal assistant and fights against a California power company that is accused of polluting the groundwater in Hinkley, California.

If you are on a mission or believe in a cause, this film will inspire you to take action for the greater good and not give up before you reach your goal.

Will Hunting works as a janitor at M.I.T. but to everyone’s surprise, he is a genius who has a gift for mathematics. Unfortunately, Hunting has had problems with the law. He finally gets help from a psychologist, although things don’t go smoothly.

Good Will Hunting teaches you the importance of facing your problems so that you can go forward and live up to your potential.

Bruce Almighty is a comedy about a man who complains that God isn’t doing a good enough job and is then given almighty powers to see how hard it is to be God. It makes you think about what really matters in life, but at the same time, it reminds you of your own power. You don’t need a miracle. You need to be the miracle yourself.

Walter Mitty is working in a mundane job and spends his days daydreaming. One day a missing negative pushes Mitty to embark on a life-changing adventure that will take him from Iceland to the Himalayas.

This movie will both fill you with wanderlust and make you want to go after your biggest dreams. Just because you feel like your life is a bit boring right now, doesn’t mean that it would have to stay that way!

Second Act is a film about a woman who works as the assistant manager of the Value Shop store. Despite her being great at her job, no one gives her much credit, because she doesn’t have a degree. Her godson creates a fake resume and online persona for her, giving the impression that she is an achieved Harvard graduate. This lands her a great job, but can she prove her skills?

This is a film that teaches you that your past doesn’t define you and that you don’t need to go to a top university to be great at your work. You just need to work hard and be smart.

Carl has a negative outlook on life and says no to everything. One day he challenges himself to say yes to everything and that is when his life starts to change. He takes chances he would previously not have even considered.

In case you need some encouragement to live your life to the fullest, this is the movie for you.

Some people are fascinated by Steve Jobs, some people not so much. Whatever your thoughts on Jobs may be, this movie will show you the importance of believing in yourself and your goal.

Even if you have a great plan and the right skills, things may not be as easy as you hope them to be. That’s why you have to be smart and keep trying.

The Intouchables is a French comedy-drama about a quadriplegic rich man who hires a young man from the projects as a live-in caregiver. While the two have seemingly nothing in common, they are a great match.

You will see that despite these two people having completely different backgrounds, they still become close friends. The film is based on a true story and you are bound to love it.

Renee Bennett suffers from low self-esteem and decides not to apply for her dream job because the job description emphasizes the importance of being beautiful. She hits her head and starts believing that her appearance has magically changed and that she is now extremely beautiful. While others don’t see any difference, her newfound confidence opens up opportunities.

This is a perfect film for you if you need a little confidence boost. Don’t waste your time thinking about what others think of you. Instead, just believe in yourself.

Amélie is a waitress working in Montmartre, Paris. She accidentally finds an old box filled with childhood memorabilia and decides to find its owner. Once she sees how happy the box of memories makes the man, she decides to commit her life to making people happy.

Amélie is a feel-good movie that will make you believe in people and kindness. It shows you that even the smallest actions can be powerful.

Who wouldn’t love a good Tim Burton movie? Big Fish is about a man who wants to know who his father really is and what actually happened in his life – but his father is keen on telling stories that his son doesn’t believe to be true.

This film will make you believe in the magic of life again. It was this film that originally made me want to become a film director. My goals have since changed, but the magic of the film lives on.

These self-improvement movies will definitely inspire you to take your personal growth seriously and not waste any time to start making a change. Every day is a new chance to do something new or something you’ve always wanted to do. Watch a few of these films and get started on making your life great!

Have you seen any of these films already? What did you think of them? Share your thoughts in the comments! Remember to share this post on social media if you found it inspiring!

30 Monthly Goal Ideas that Will Change Your Life

30 Positive I Am Affirmations for Confidence 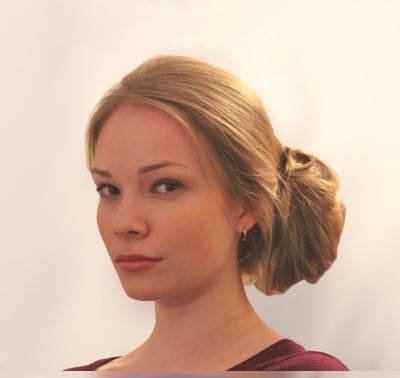 How You Can Make Your Goals More Effective

What are You Willing to Give Up to Change Your Life

The Truth About Productivity That You Don’t Want to Hear

This website uses cookies so that we can provide you with the best user experience possible. Cookie information is stored in your browser and performs functions such as recognizing you when you return to our website and helping our team to understand which sections of the website you find most interesting and useful. You can learn more in our privacy policy.